WAL-MART again contacted BEACON in mid year 2005 for technology answers with concerns about the subcontract construction companies under contract to build the Distribution Centers.  WAL-MART discovered the construction companies were charging for undocumented personnel, inaccurately charging man hours; personnel billed were not at the job site, in addition to inaccurate heavy equipment billing time,  including:  run time, idle time and maintenance time. The Beacon Property Entrance and Exit Notification, Control System US Patent addresses these issues. 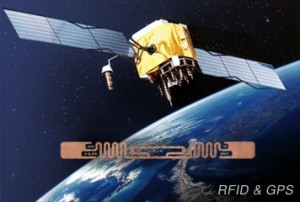 Today, with the advent of tracking and monitoring systems that incorporate GPS locating devices.  BEACON has continued to develop new tracking and inventory control system that incorporates RFID devices as well as other devices that utilize Surface Acoustic Wave (SAW) technology, barcodes, and global positioning systems (GPS) to identify movement of products, vehicles, gates, barricades, dock doors, and even individual personnel.  The current emphasis on Near Field Communications (NFC) and the so-called “electronic wallet” will no doubt require the incorporation of systems that are the same or substantially similar to the inventory control systems identified in the US Patent that BEACON received for it’s new Property Entrance and Exit Notification Inventory Control System.  These combine the benefits of RFID, GPS, SAW, and barcodes in a manner that will substantially enhance the continued development and general acceptability of NFC by use of BEACON developed technology that will continue to support the NFC infrastructure industry for both large scale and small scale retail businesses. 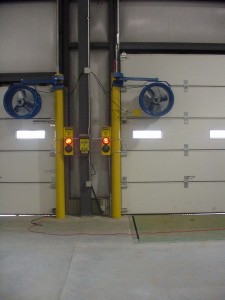 WAL-MART realized its business model was becoming obsolete in the formulation of it’s size verses it’s technology being utilized at the dock door for automation process. It was faced with a substantial growing problem at it’s many distribution centers located across the United States.  Every day thousands of retail products were being unloaded from tractor trailers filled with millions of dollars worth of merchandise. All of that merchandise was passing through the hundreds of dock doors at those distribution centers. At the loading zone, dock levelers, loading dock fans, dock lights and traffic signal docks light were provided by different suppliers with different control panels.  WAL-MART was looking for a centralized control panel.

BEACON is experienced in designing and providing a number of innovative solutions, devices and applications, for use with loading docks and

delivery vehicles at those loading docks and in the material handling industry in general.  The BEACON brand has decades of experience including, patented designs for dock levelers and dock trailer release mechanisms, as well as a wide range of lift devices such as lift tables.

Although WAL-MART had not incorporated any type of RFID technology in it’s delivery systems in the year 2000 that Beacon had seen or relayed by the WAL-MART team, an extensive research and development effort by BEACON convinced WAL-MART management that RFID could be the answer to reducing the amount of products lost at WAL-MART’s distribution centers.  As a result of BEACON’s intensive review of WAL-MART specific needs, BEACON designed and acquired a US Patent of a sophisticated control panel system to control the dock leveler, dock fan, traffic signal dock light and loading dock spot light with RFID capability and in addition to sensing if a truck entered the loading zone in front of the loading dock and the movement or position of the overhead door . The US Patent also covers the use of RFID at the dock door zone without the control panel. This BEACON system provides the ability to identify inventory entering or exiting the dock door. When the dock door rises, it signals a security opening, identifying the time of the opening and closing of the dock door and when the truck trailer is in front of the dock to identity the position of truck trailer along with many other attributes and patent claims awarded.  This design offers a closed loop system for inventory entering the Distribution Center for the first time until it arrives inside the dock door at the retail store to complement a NFC implementation completion process.

RFID implemented at any dock door is designed to significantly track the amount of merchandise delivered through dock doors that previously may be unaccountable for, lost or stolen. Losses can be identified as a major drain on the overall profitability of any company with distribution centers.

Beacon Asset Tracking Continues to Advance RFID with GPS with the next post.